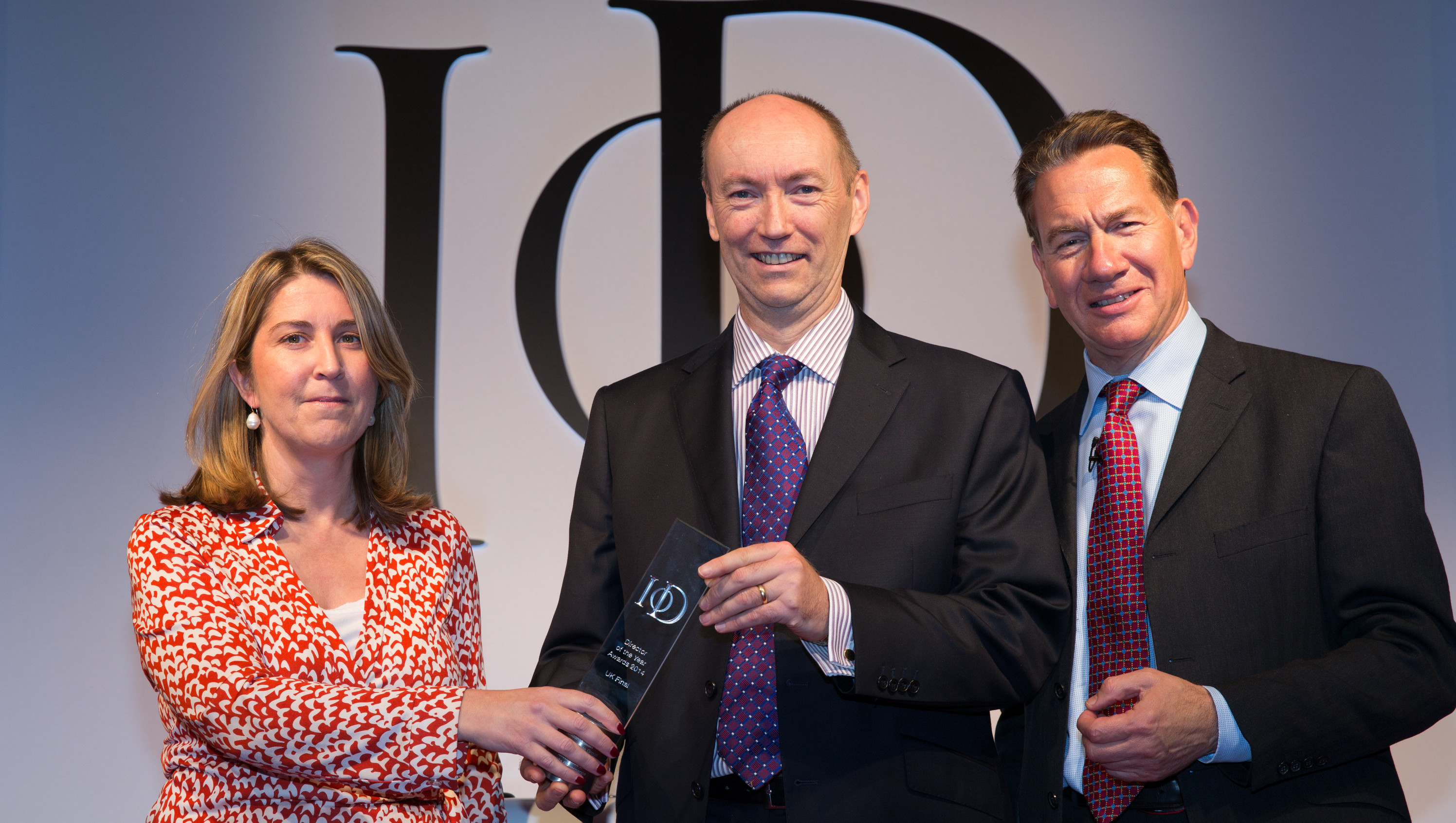 Michael Portillo and Kate Brackenbury, IoD presented a Special Recognition Award to non-executive director of Northern Ireland based Bryson Charitable Group, Brendan Mullan, for his contribution to responsible leadership.  This is the 2nd consecutive year that Bryson has taken a top IoD UK Director of the Year Award and is a great accolade for the good governance structures in Bryson and for social enterprise in Northern Ireland.

On Friday 24th October over four hundred of the UK’s most successful businessmen and women joined IoD at the Lancaster London Hotel to celebrate UK directors at the forefront of leadership excellence.