The Action Renewable Awards, at Titanic Belfast on Thursday 31st March 2016, celebrated N.I. organisations which demonstrate innovation in renewables.Nigel Brady and Laurence Arbuckle accepted awards on behalf of Bryson Energy who were Winners of the ‘Most Successful Renewable Heat Installation’ and were second place in the ‘Best Community Renewable Energy Project’. 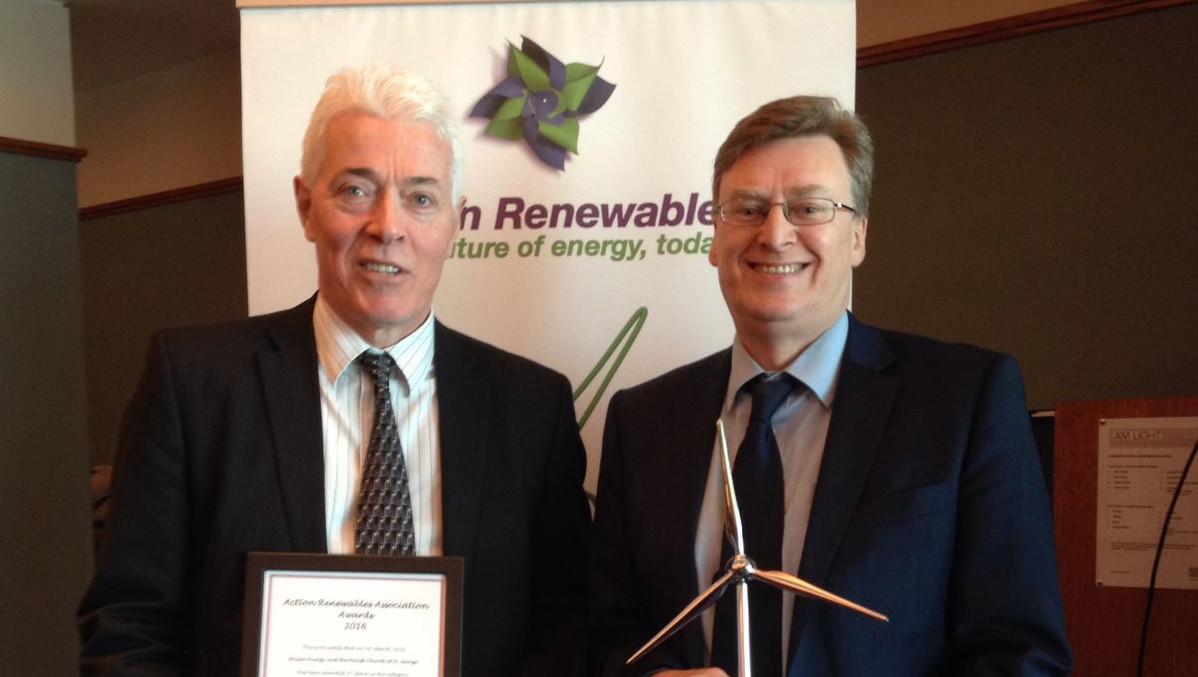 The Bryson Energy Biomass boiler project installed 70 pellet boilers in fuel poor homes since June 2015.  The project has been designed around the Northern Ireland Government’s Domestic Renewable Heat Incentive (RHI) with initial finance being provided by Bryson Charitable Group to fund the upfront capital expenditure of the boiler installation and maintenance costs and uses the RHI payments over seven years to repay this.  After the seven years, Bryson Energy gifts the boiler free of charge to the householder.

The project targeted rural fuel poor households in areas outside the gas network replacing broken, old and inefficient oil boilers with a state of the art pellet boiler heating system at no capital cost to the householder. This gave an opportunity to a large number of domestic households to experience the benefits of renewable technologies and so helped raise awareness of renewable heating on a wider level in the respective communities.

As part of its social enterprise model, Bryson Energy appointed two local boiler manufacturers Warmflow and Grant to supply, commission and provide warranty on the boilers.  It also appointed two local accredited contractors to undertake the actual installations.  The use of local products and local installers was undertaken by Bryson Energy to sustain and create local jobs.

The Bryson Energy Pellet Scheme will assist fuel poor households reduce dependence on heating oil and reduce CO2.  It also allows them to budget for their fuel by purchasing weekly amounts instead of large costly deliveries of oil which despite recent reductions is still a large outlay for a fuel poor family.

Bryson at St Georges is a Solar PV project set up in 2014 as a result of a partnership between Bryson Energy and the Committee of the Parish Church of St George, High Street, Belfast.  It was agreed to install 12 kW of solar photovoltaic panels on the roof of the Church Hall to assist the Church to control energy costs and to become more sustainable.

Bryson Energy will recoup the cost of panels through the payment of Northern Ireland Renewable Obligation Certificates and the Church will benefit from income from the sale of electricity to the grid.  In addition Bryson would contribute towards the costs of energy efficiency measures to be installed within the Parish Hall. 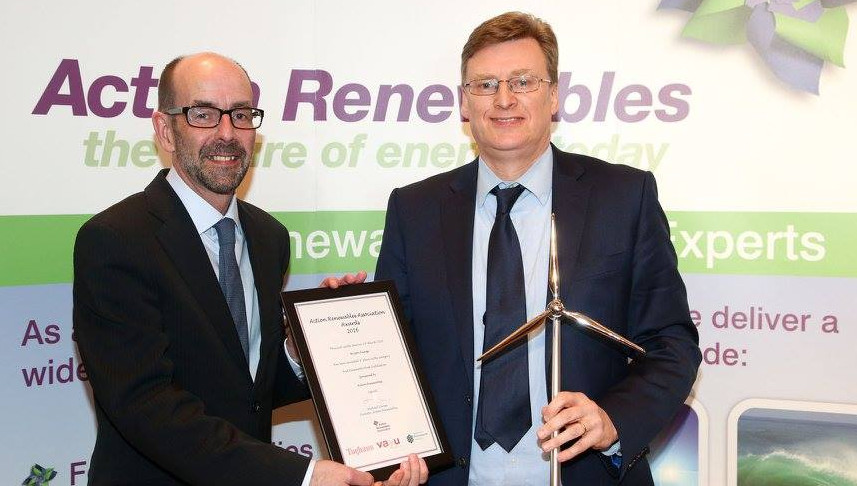 The model used at St George’s is an excellent example for other sustainable energy projects in the community.  It combines the knowledge and experience in renewables of organisations such as Bryson Energy with the local community expertise to improve the sustainability of the community group while repaying the initial investment and so benefiting all.

A total of 12 kW of Renesola photovoltaic panels were installed in November 2014 and accredited by Ofgem in February 2015. By November 2015, they had produced a total of 8,094 units of electricity, just over half of which had been used internally by the Church committee and the remainder exported to the grid.   This represented a saving in Carbon Dioxide of approximately 4 tonnes CO2 in the first year.

Bryson Energy hopes to deploy this successful model in other community partnerships across Northern Ireland.