Supporting the Integration of Syrian Refugees

15th December marks one year since the first group of Syrian refugees arrived to Northern Ireland under the UK Government’s ‘Vulnerable Persons Relocation’ (VPR) Scheme. Five groups totalling 284 refugees have arrived here, after being forced to flee their homes in war-torn Syria, often with nothing but the clothes on their backs. 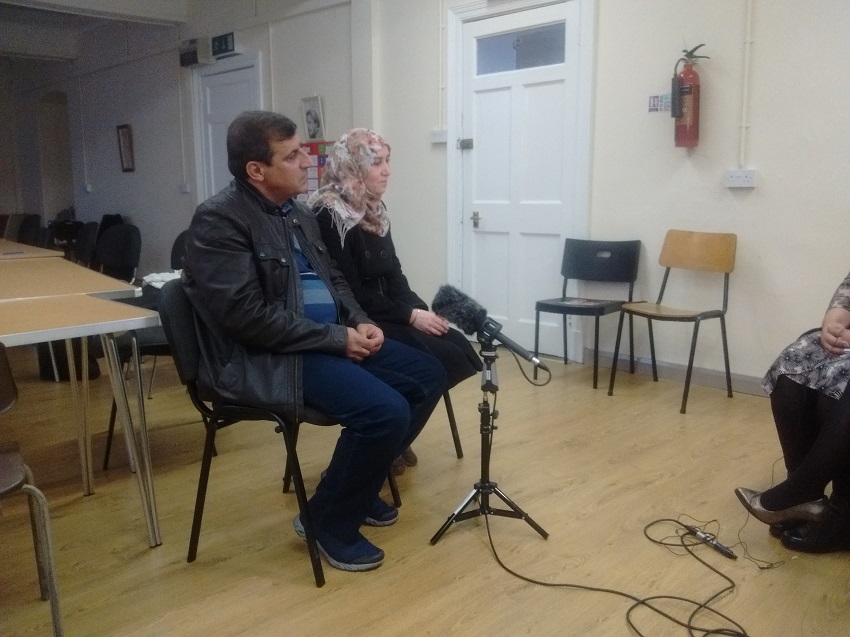 Bryson Intercultural is working in partnership with six other charities to support their resettlement when they arrive to Northern Ireland. Upon arriving, the group of refugees spend four days at a welcome centre where together they have some time to adjust to a new country with a new language. Families are then settled into communities and an assigned key-worker supports the family with vital everyday tasks such as food shopping as well as carrying out needs assessments and referrals to services as required. Keyworkers enrol children into school and adults into English courses, a first step in enabling the families to integrate in the community.

John McMullan, Bryson CEO commented, “It’s difficult to comprehend the harrowing experiences that many of these families have endured. They have been forced to leave the lives they have built, to arrive in an unknown country with a foreign language.”

“We are pleased that the scheme has been successful so far in supporting these families to settle in their new lives here. The model has been seen as exemplary at a recent visit from The United Nations High Commission for Refugees to see first-hand how well the scheme has been working to date.”

Since arriving to Northern Ireland in June, the Alzaid family have been attending English classes every week run a group of volunteer teachers. Arthur McKeown, a volunteer teacher explains, “People have skills, knowledge and qualification but they lack the English so we hope to give them a leg up to get going.”

The class provides the family with a welcome opportunity to learn English enabling them to communicate with their neighbours who have warmly received them in their community. MrAlzaid said, “It was hard at first. Gradually as I started learning the language and getting to know the country, my relationship and love for this country is growing stronger and stronger.”

Watch a recent report by UTV live on the scheme and find out more about Bryson Intercutural’s work on the Syrian refugee VPR project.