Over 300 bicycles have been donated from all over Donegal for the Letterkenny Rotary Club’s annual bicycle appeal for Africa.

This appeal which was launched by the Rotary Club in October to coincide with the first national Re-Use month was supported by Donegal County Council and Bryson Recycling.

300 bicycles of assorted sizes and standards were handed in at the Council’s six Recycling Centres in Dungloe, Carndonagh, Letterkenny, Milford, Stranorlar and Laghwy late last year and are now making their way to Loughlan House, the Open Prison in Co. Cavan, where the inmates there will service the bikes and ensure they are fit for purpose prior to being transported on, to finally arrive in Gambia where they will be used by children commuting to school.

“The local drop-off points made the collection so much easier this year for the Appeal and while only certain sizes and calibre of bikes are appropriate for the Gambian appeal, all donations are put to good use, be it as spare parts for other bikes or for training purposes” says Hazel Russell from Letterkenny Rotary Club.

And Suzanne Bogan Waste Awareness Officer with Donegal County Council said that “this was a great initiative to be involved in and it fitted perfectly with the aims and ethos of Reuse month.  We were delighted with the opportunity to get involved with the Rotary and this campaign as it was such a positive one and we would like to thank the all those who donated their old bicycles."

Hazel Russell explains “the involvement of inmates in Loughlan House with a charity such as the Rotary Jole Rider Bike Appeal is a win win situation for both Rotary and the Prison Service.  Inmates learn a valuable trade while fulfilling a necessary function in ensuring the bikes are ready and safe for future use.   Rotary Ireland have now also been instrumental in organising an Accredited Bicycle Repair programme through the Prison Service, and inmates who complete that course are now issued with Training Certificates which could enable them to continue their trade after release, or indeed commence their own Bicycle Repair Business”.

“We would like to thank everyone who donated and assisted with this venture, especially Donegal County Council, Bryson Recycling and Martin Boyle Haulage Ltd and most especially the people of Donegal.” 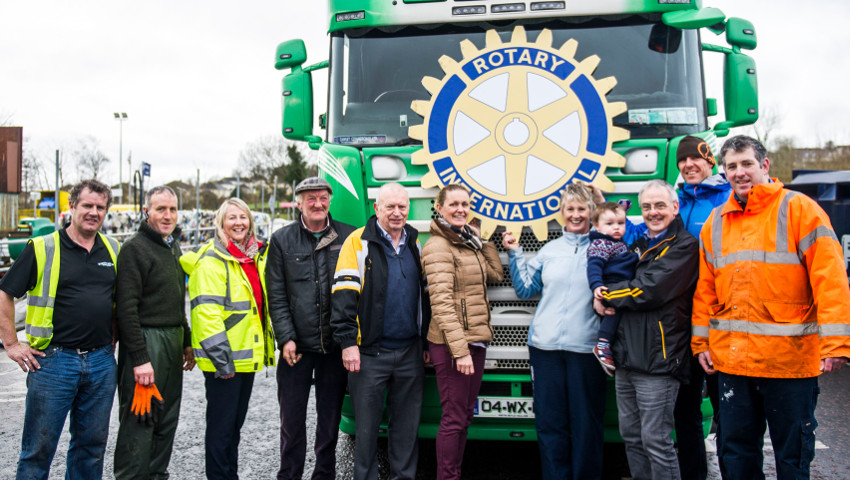