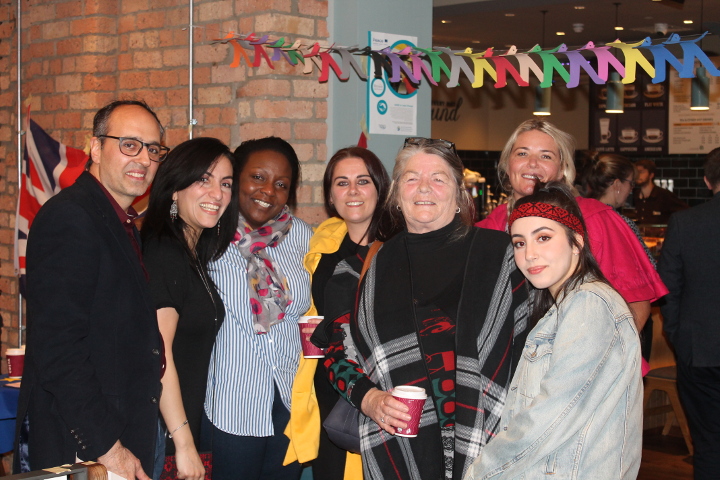 Bryson was delighted to take part in the 10th Anniversary of Culture Night in Belfast on Friday 21st September.

Bryson staff, volunteers, partner organisations and clients all got involved in running two separate events with a European outward looking theme in different parts of the City Centre.

The team from Bryson Intercultural and their partners from TIDES took over Costa Coffee on Castle Place for some coffee, culture, chat and flags!  The aim of the event was to encourage people to meet and have a chat with people from different parts of the city, different countries to different cultures.  It was part of the DARE to Lead Change project, funded by EU PEACE IV and managed by the Special European Union Programmes Body (SEUPB).

The event was very popular despite the location being so close to the area cordoned off following the fire at Primark.  People got the opportunity to meet local people, taste food from Palestine, take part in the interactive world map and meet people from many different cultures including the middle east, local firemen & women and the Irish Traveller community. It was a wonderful evening and big thank you to Costa Coffee for supporting the event.Click here to view photo from DARE to Lead Change event 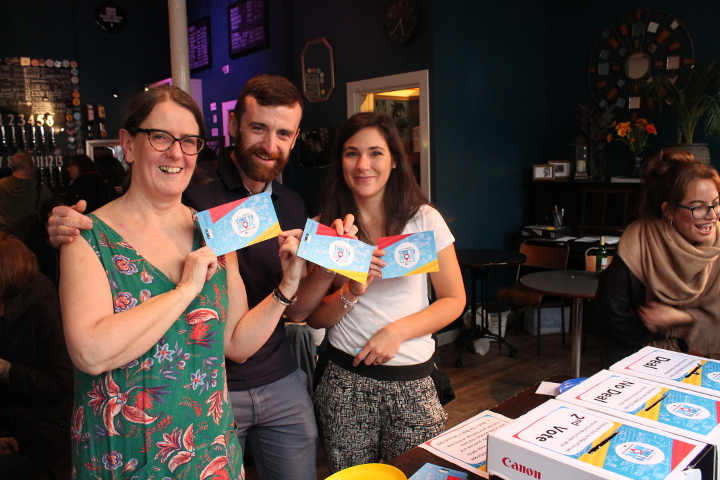 Our other event was held in the "Green Box" in the Catherdral Quarter and the focus here was on meeting people from across Europe who are volunteering in Northern Ireland through the Bryson European Voluntary Service (EVS).  The activites included playing European board games to writing your Postcard from the Edge... of Europe to voting if you wanted a deal, no deal or a second vote on Brexit. The people of Belfast seem keen to have a second vote on Brexit!

Both events proved very popular and what a great Culture Night in Belfast.

Click here to view photos from Postcards from the Edge... of Europe

We also had a number of Syrian Refugee families  who availed of a guided tour of the night's activities. They had a wonderful time and got to chance to enjoy the City's creative life and learn about what the Arts scene has to offer. Thank you to Culture Night Belfast for the tour and for providing Arabic language interpretation.