Bryson Recycling giving back to Charity in Donegal 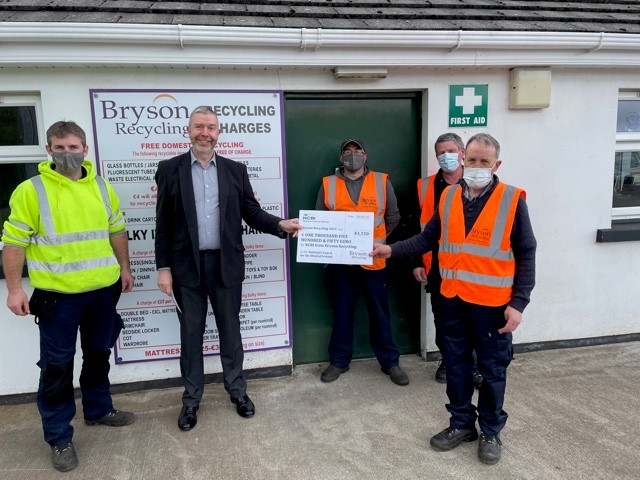 Danny Cahill from NCBI (National Council for the Blind Ireland) being presented with a cheque for €1,550 from Bryson Recycling staff (Kevin Corby, Alan McKeogh, Stephen Kelly and Paddy Cannon).

This year the team have donated €1,550 to NCBI and Donegal Hospice respectively. Donegal Hospice offers a range of palliative care services for people with life-limiting illness across all of Donegal. National Council for the Blind Ireland campaign for people throughout Ireland who are blind and vision-impaired to overcome the barriers that impede their independence and participation in society.

Connie Gallagher, General Manager at Bryson Recycling said “We are delighted to donate this money to two charities who make a great difference to the residents of Donegal. The campaign started eight years ago, allowing us to give something back to the local community where we provide our service. We want to thank everyone who has recycled with us and donated scrap metal resulting in our biggest donation to date. Thanks also to our staff put in a tireless effort over three days to separate the valuable metal. It has proven to be very worthwhile”.

Bryson Recycling is a leading social enterprise that provides a range of recycling services across the UK and Ireland. They manage six recycling centres across County Donegal, located at Letterkenny, Stranorlar, Milford, Carndonagh, Laghey and Dungloe. 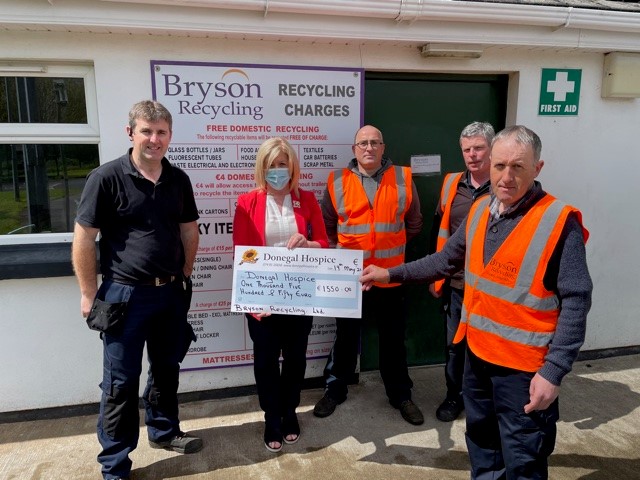