Bryson Group were delighted to be among eight of Northern Ireland’s most successful organisations to be recognised at the Ulster Bank Business Achievers Awards in Belfast.  Bryson along with the other Ulster winners will no go forward to compete against provincial winners from Connaught, Leinster and Munster in the all-island stage of the competition.

The overall Business Achiever and all-island category winners will be announced at a gala evening in Dublin during December. Richard Donna, head of Ulster Bank Northern Ireland, said: “With over 200 entries from Ulster to the awards this year, the winners and shortlisted companies can be sure that they are the cream of the very impressive crop. The standard was truly exceptional and I am extremely confident that the eight category winners will do Ulster proud in the all-island final. Judges for the Ulster stage included Nigel Walsh of Ulster Bank, Janet Toal of IntertradeIreland, Sarah Little from the Belfast Telegraph, Ian Murphy of Invest NI and Sean McMahon from Janse Consulting. 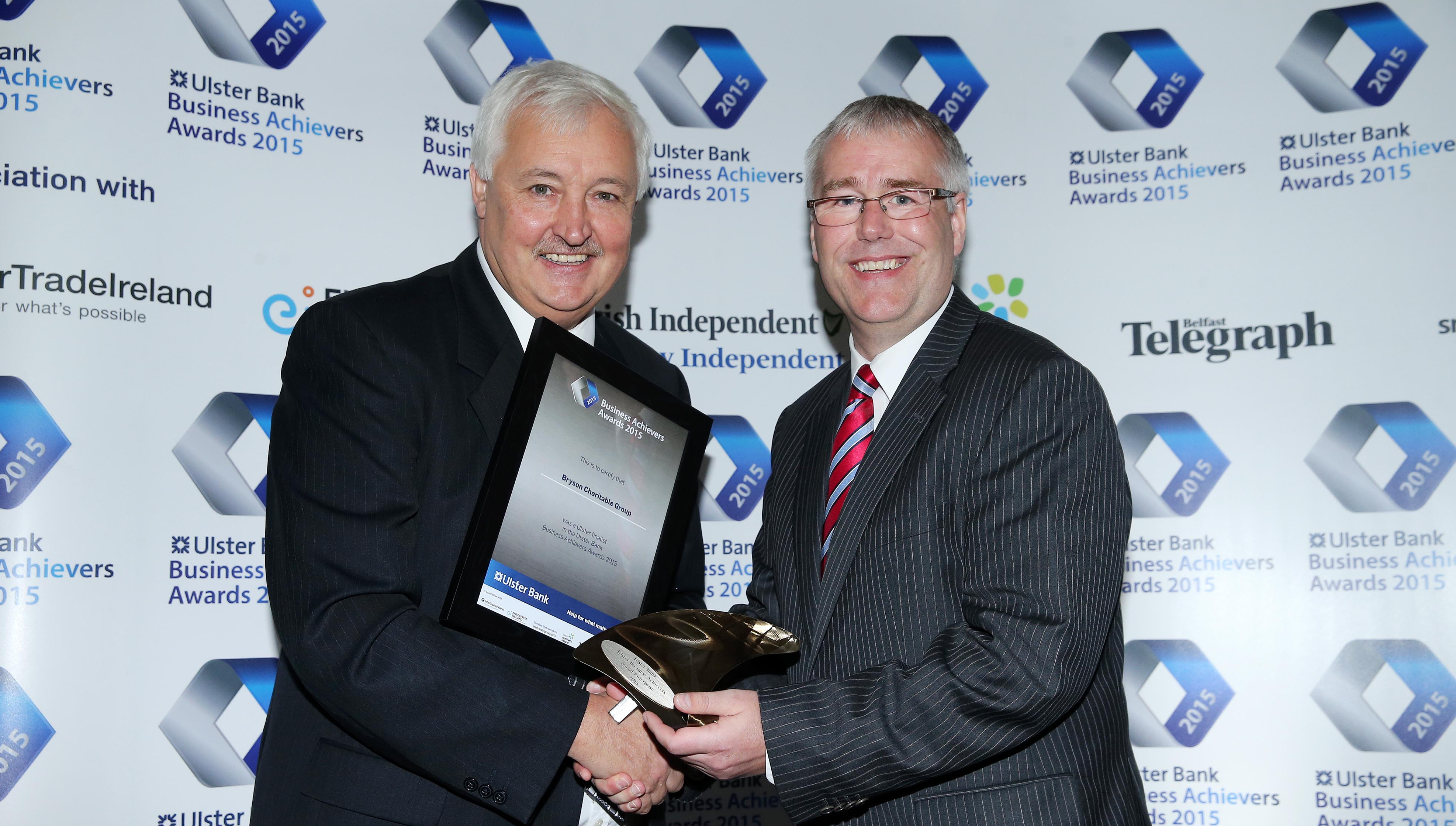 Photographs include John McMullan CEO of Bryson accepting the award from Ulster Bank and Lynn McCourt Senior Manager at Bryson pictured with all the other winners.