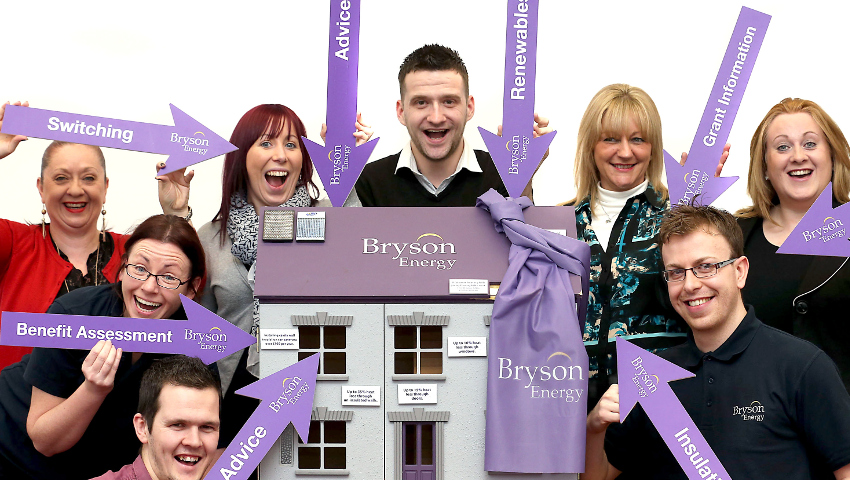 Bryson Energy, part of Bryson Charitable Group, has welcomed the publication of the NIHE 2016 House Condition Survey.  The survey has shown a significant reduction in the number of households living in fuel poverty in Northern Ireland.

Bryson Energy operates a large number of schemes to address fuel poverty. It provides impartial energy advice to over 7,000 households each year and operates 27 oil clubs which have over 5,000 members.

While welcoming the reduction, Bryson Energy Director, Nigel Brady, also urges caution and said:  “Of course we welcome the significant reduction in fuel poverty from 42% in 2011 to 22% in 2016. However, we need to understand clearly what these figures relate to.  In 2016, at the time of this survey oil prices were at an all-time low. Recently there has been a significant increase in the cost of oil and we know through our operation of 27 oil clubs across Northern Ireland that many households are still struggling to heat their homes and meet their energy bills.

“We also need to bear in mind that a number of energy efficient schemes which operated between 2011 and 2016 will have contributed to this reduction, though some of these schemes or indeed their replacements are now suffering from budget cuts.

“For example, the Warm Homes Scheme, of which we were one of two Scheme Managers, was helping some 9,000 homes per year between 2009 and 2015. This was significantly more than its replacement, the Affordable Warmth Scheme, which took effect from 2015.”

Informed by many years’ experience of developing and implementing fuel poverty initiatives, Bryson Energy firmly believes it is time for a ‘whole house’ approach to tackle fuel poverty here in Northern Ireland. This should involve working with trusted delivery partners and through targeted partnerships to ensure that those most in need are identified.

It should also feature a one-stop shop approach including advice and handholding services around energy saving, fuel budgeting and brokering, switching, income maximisation and debt management.

Importantly Bryson Energy also advocates a ‘whole house’ approach to the dwelling itself. A range of measures should be identified and installed that will go some way to ‘fuel poverty proofing’ the house, rather than putting in part measures as many schemes have done in the past.

Nigel Brady added: “We do genuinely hope that the release of the NIHE’s House Condition Strategy will reinvigorate efforts, not only of Bryson Energy but of other fuel poverty organisations represented by the Fuel Poverty Coalition, to rid Northern Ireland of Fuel Poverty once and for all.

“We are looking forward to working with the Department for Communities on the new Fuel Poverty Strategy for Northern Ireland. In addition to the ‘whole house’ approach set out above, it is time to look at retrofit solutions.“This will require a large level of investment and development of a costed plan involving all key stakeholders if it is to be carried out on any meaningful scale.”

Any household that is seeking information on energy efficient measures can contact the Bryson Energy Advice Line on 0800 142 2865.